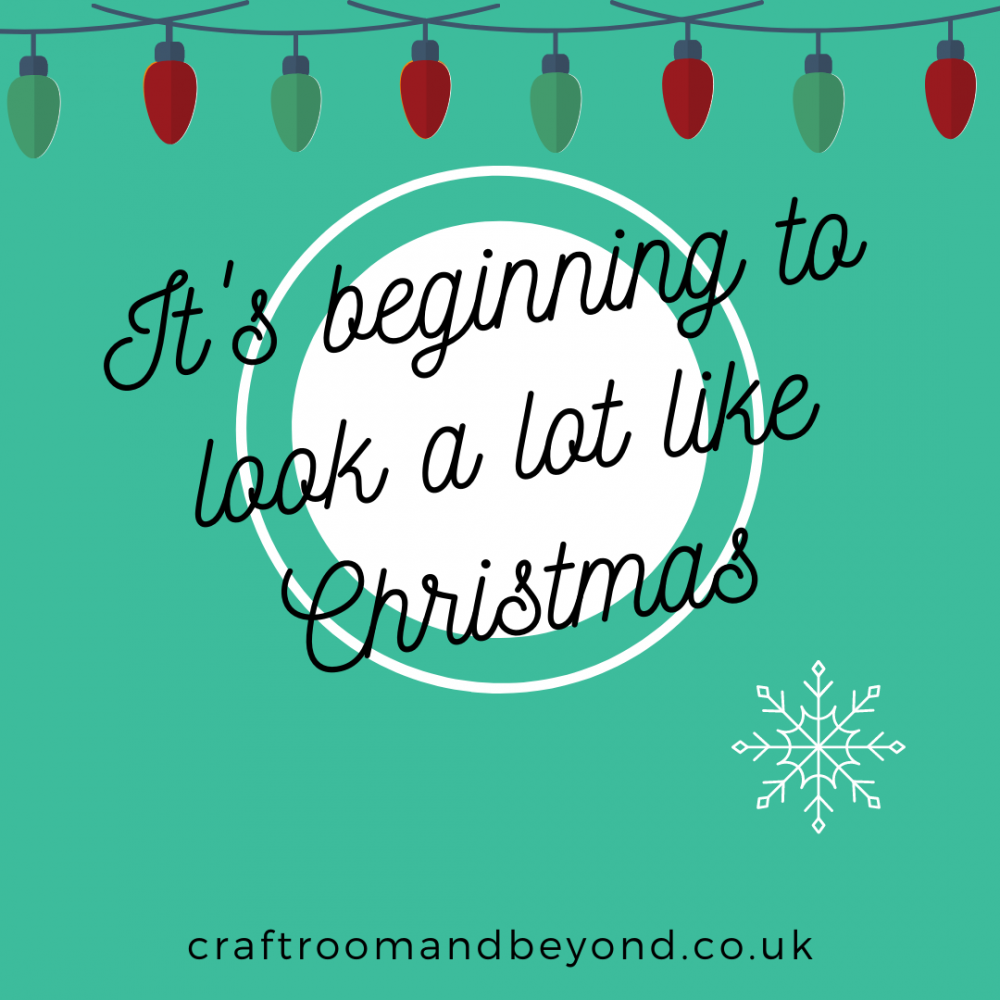 As Blogmas begins tomorrow; I thought I’d share some of my Christmas decorating. Some of which is already on the blog, so I will add a link to the post where relevant!

I just thought it would be a fun time to share some of my handmade decorations and more!

I will say, I don’t usually decorate until December, but I’m working quite a bit leading up to Christmas, and of course will have Blogmas stuff to keep up with, so I thought, why not, just do it a bit early! So I started last night; though I won’t put the tree up for a week. because Loki is determined to live up to his name; and that cat does love to destroy the tree.

Olaf, I got last Christmas, and he stays out all year, but these handmade baubles were a kit from a magazine, originally I think there were two, and if I remember rightly, I made two more a year later! I haven’t done a tutorial on these; if you’re interested leave a comment and I’ll do one at some point.

Ok it was my birthday two days ago; so that’s some of my cards, they’ll get moved in a couple of days, just so it’s less cluttered. Usually I put them up on the Christmas card pegs until I need the space!

The craft advent calendar boxes aka The Crafty Lass ADVENTure, I’m so excited about this, I mean crafts bits every day up to Christmas? Literally the dream! I will be sharing every day on Instagram/Facebook just as a little something different over there!

Also up here, the house ornaments and stocking baubles; both of which I’ve had for  years and were free kits in a magazine, I have made one extra of each, though I make the stocking baubles occasionally as gifts because they’re super cute! And the sock snowmen! These are so easy and great fun to make!

Then some personal favourites, like the wooden train and the parcel candles (which I’ve had for absolutely years! Does anyone else do this?)

I love my door at Christmas! At the top, my wooden ornament from Fizzi~Jayne Makes, which I received as part of the #CraftBlogClub Secret Santa a couple of years ago!

The main feature on the door is the pocket calendar. This took me years to finish. Mostly putting it off. Felt pockets each covered with a cross-stitched Christmas design. I think I was half way after a year, and then I did like two cross-stitch pieces a year. There are 24 pockets as you flip it half way through. You can read about the advent calendar properly in the linked post.

This painting was a present from Stu’s mum, who painted it; and we absolutely love it! It gets swapped out every year for the month; and just adds that extra festive touch to the room!

I love my mantel every year, though it’s a little more crowded this year so I haven’t done as much, at least for now! Who’s to say there won’t be more by Christmas! What would you do with this space? (It’s surprisingly narrow) I do love my shiny tinsel and fairy lights though.

There’s one more thing at the moment that deserves a mention, just because of how much Stu loves it, and in fairness it really is cute, and that’s this little light up toy shop! (I tried to take a photo of it lit up, but it wasn’t cooperating but you get the idea!)

A new addition this year! How cute is this! Perfectly blending in with our living room already, this Christmas applique cushion was a gift from Stu’s mum.

Of course the other thing we had to get out was the Christmas movie collection! I was surprised that there are only 18 here, and then I remembered the handful that are out all year! Not to mention Netflix (might have watched a couple on there already this year!)

Have you decorated yet? Do you have a colour scheme or does anything go? Let me know in the comments!