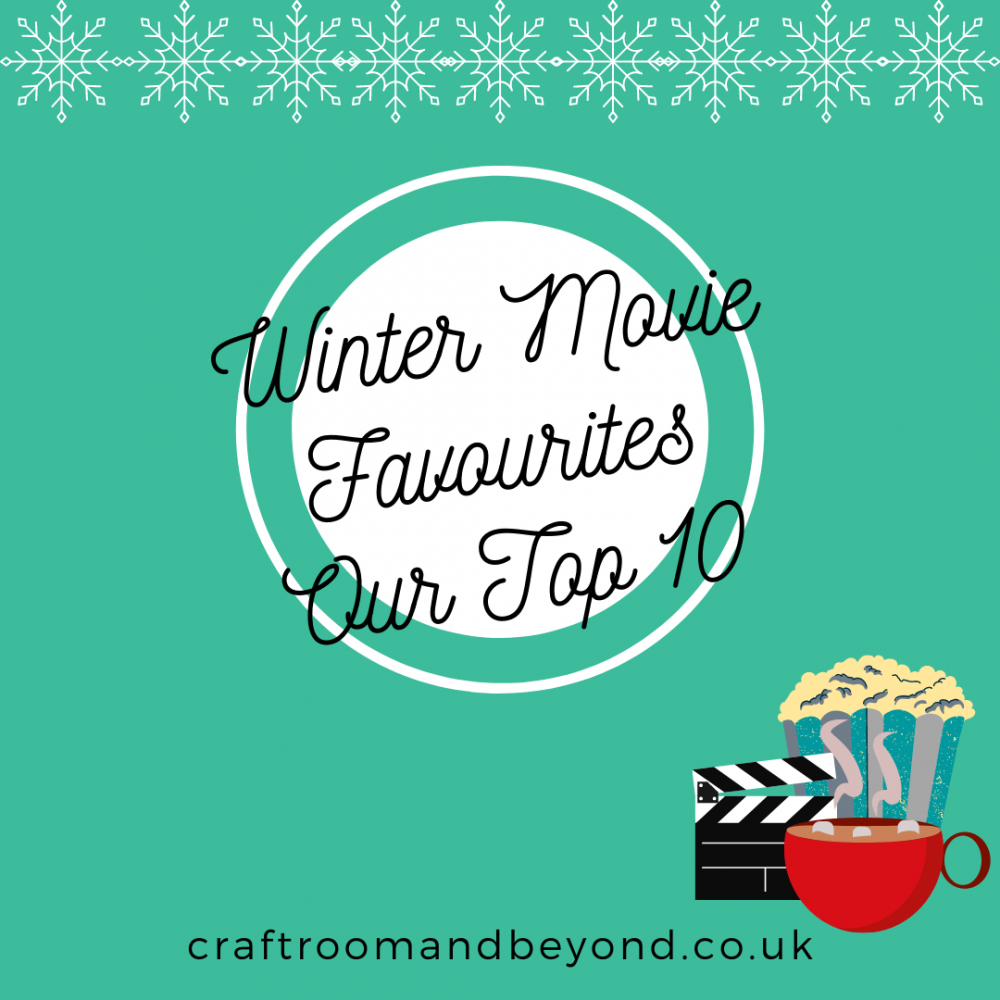 It’s no secret that Stu and I watch a ton of films; so this year I thought every now and again we’d share our favourites here on the blog! So here are 10 of our winter movie favourites!

This is such a random mix of films that we’ve been watching or plan to watch this winter!

I actually don’t mind winter in some ways. The darker evenings are perfect for cosy evenings with a nice mug of hot chocolate, a blanket and a good movie!

We came up with a list of our ten favourite winter or wintery movies that we have watched or plan to watch this winter ! (In no particular order).

I have no idea when this film became a winter essential, but we love it! It’s good wintery fun, and who doesn’t love some cheesy family fun in winter?

It had to be on the list! It’s not our favourite Disney movie, but it’s not winter without it, and it’s a great film for a dark and miserable winter afternoon. I do also really love Olaf!

We’ve tried to include a winter favourite from lots of genres in this list, and Crimson Peak is an out-there choice potentially. I wouldn’t really consider it standard horror, more a suspenseful mystery, with horror elements.

Want to see more of what we’re watching this year? Check out The Friday Night Film.

I’m not getting into arguments about whether it’s a Christmas movie or not, so it’s going safely in the WINTER movies list! But it’s a good, fun action movie regardless of what you want to categorise it as!

Scott Pilgrim Vs The World

Edgar Wright has made some of our favourite films, and Scott Pilgrim is always a winter watch! It’s snowy after all! It’s a nice bit of chilled fun.

The Day After Tomorrow

It’s cold. So we watch films where it’s cold. We do it with films in the summer too, when it’s ridiculously hot! Does anyone else do this?! I love a good disaster movie, and this is actually really good fun, however implausible.

I feel like I shouldn’t explain The Revenant, if you haven’t seen it, you should watch it. Leonardo DiCaprio is awesome in it. It’s just awesome! (And it’s cold, which is why it’s a winter movie!)

I used to love the Harry Potter films more than I do now, but I still feel like they’re great winter movies. Perfect for when you’re stuck indoors because the weather’s a bit pants. And you can kind of choose the film depending on your mood! (Azkaban is my favourite though!)

I keep seeing online how much people DON’T LIKE this film… It reminds me of my childhood, so it’s on my list. I think it’s really good fun, and yes it’s silly, but I tend to watch it every year sometime around Christmas!

I mean the Burton Batman movies in this sense. We won’t speak of the others in the box-set… I’m a big fan of Batman and Batman Returns and especially because I got a Lego Batmobile for Christmas last year, it’s made the list!

Do you have films that make you think of different times of year? Let me know in the comments below or share on Twitter!